Soon a new start for the Churches of Cameroon and Défap? 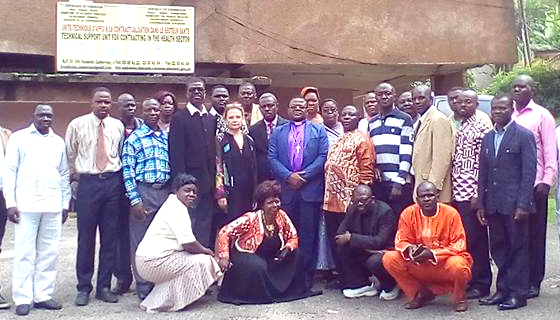 Former secretary general of the Council of Protestant Churches of Cameroon (CEPCA), visited Défap in September, in order to initiate the resumption of relations between sister churches.

Difficult years have passed, during which the tragic death of Défap envoy Eric De Putter took place. The investigation on this subject is still at a standstill, despite all the interventions made in France and Cameroon.

Pastor Kémogne, who took up his new post in January 2015, wishes to “transcend the negative events of the past” so as to create a “new dynamic of exchanges, on the basis of hope”. For him, it is also important to remember the good times, and “important exchanges that may have taken place with Défap and with the Protestant Federation of France.”

Projects with the Protestant Federation of France (PFF)