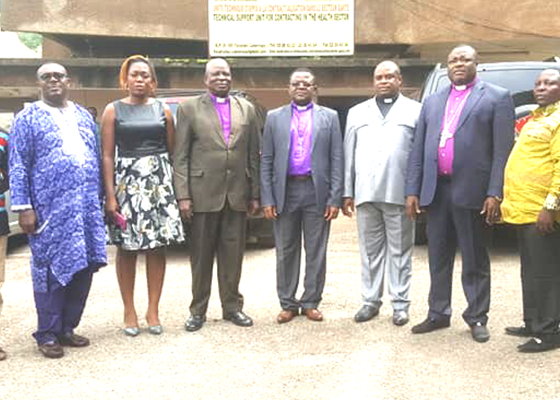 From November 24 to December 4, 2018, the Secretary General and the Communication Officer of the Council of Protestant Churches of Cameroon (CPCC) are visiting France.

Main objectives of their visit to France

The CPCC executive office having been renewed since May 2018, it was essential to renew contacts with our partners. The arrival in Cameroon of the Secretary General of Défap, Pastor Jean-Luc Blanc, was for us the trigger that decided us to launch these visits. We have been in Paris since Saturday November 24; our first meeting took place this Monday, at Défap. We had the opportunity to discuss with Jean-Luc Blanc the evolution of the Anglophone crisis in Cameroon; CEPCA’s strategic plan for the period 2017-2021, in particular on migration and health issues; as well as the means of bringing together the Cameroonian Protestants present in France, in order to facilitate dialogue with Défap and the Protestant Federation of France.

The Anglophone crisis, in which the involvement of the Churches is manifested.

The various religious circles have developed joint advocacy actions about the crisis. Protestants, Catholics, Muslims, Orthodox work together, all calling for an end to the violence and a resumption of normal activities in schools, which have been targeted by hostage-taking. For all of us, stopping the violence is an essential prerequisite before any resumption of discussions. And many people in Cameroon rely on this involvement of religious leaders, without taking sides, to help restore an atmosphere of peace. Thus, on the occasion of the International Day of Peace, we all organized a common ceremony, inviting representatives of civil society, the army, the government, the religious sphere.