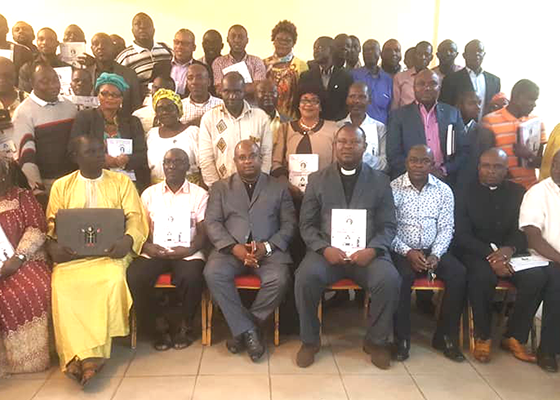 Meeting as part of its general assembly from May 2 to 7, 2017, the Council of Protestant Churches looked into the Anglophone problem.

The question relating to the Anglophone crisis has just been studied by the Council of Protestant Churches of Cameroon (Cepca). It meets from May 2 to 7, 2017 as part of its general assembly, to address the issues that undermine unity and peace in Cameroon. The daily Le Jour, edition of May 8, 2017, which covers this information, reports that Cepca condemns all forms of violence that could affect national unity. He therefore asks the Government to favor approaches to peaceful conflict resolution. He wants the regime to pay very close attention to the Anglophone crisis. And also that he adopt an approach of fraternal dialogue that can contribute to the resumption of classes in the English-speaking regions. As another demand from the government, Cepca wants the ongoing legal proceedings to be lawful and diligently conducted in an effort to allay concerns. “The Anglophone crisis inspired the choice of the theme for our 46th General Assembly. To know which citizenship for peace in Cameroon? ”Said Reverend Jonas Kemogné General Secretary (Sg) of Cepca. The newspaper points out that Protestant churches in Cameroon say they are frustrated by church leaders being taken to court over issues that have nothing to do with religion. “We condemn this situation. We ask the state to take a special look at the situation of all those who have been arrested in the English-speaking area. That the procedures be legal and accelerated to avoid tensions, ”said Reverend Jonas Kemogné. Also the Cepca demands the end of the dead cities. He says he has set up a Protestant observatory. The role of which will be to analyze the concrete situations in Cameroon likely to create conflicts.