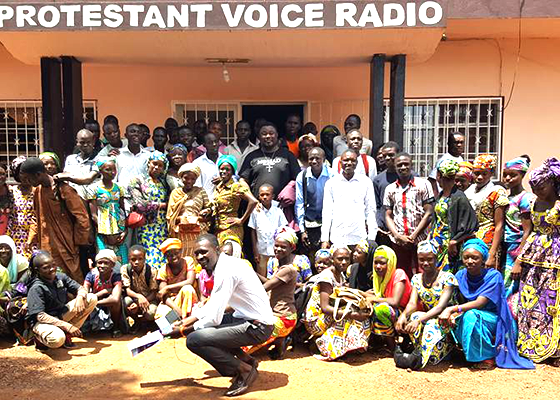 This training, not provided for in the terms and clauses of the partnership, has helped fill the gap in mastering the basics of journalistic communication and the use of technical radio equipment. This is Act II. On this occasion, the PVR made a complete installation. The two production studios have been given a makeover and new equipment has been acquired. The beneficiaries immediately took ownership of the project and expressed themselves better and better in their production. The quality of the broadcasts was improved and the subjects were those jointly agreed upon during a session which allowed them to list the ailments, problems and difficulties that fill their daily lives. Unemployment, juvenile delinquency, parental responsibilities, land issues, unsanitary conditions, and many other subjects have been arrested to start production. This is Act III.

Individual initiative was encouraged and a second phase took place and consisted of reviewing the theoretical and practical skills of the young beneficiaries through three days of meetings during which evaluations were made. This is Act IV before the final closing.

Ultimately, well capitalized, the efforts of this dynamic youth, ambassador of peaceful change through the regular production of programs, we are convinced that the project is on track and promises a better future in the daily change in our society.