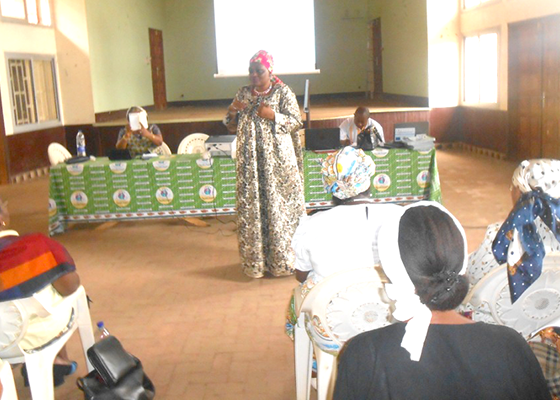 During a workshop that ended on Friday, September 23, the women of the Council of Protestant Churches of Cameroon (Cepca) strengthened their decision-making capacity, particularly at the political and economic level. An initiative of the More Women in Politics network.

The project “Support for the massification of women’s political participation at the 2018 electoral deadlines” is continuing its progress. This time, it is within the church that he unfolds. From September 21 to Friday, September 23, a leadership training workshop was held at the headquarters of the Council of Protestant Churches of Cameroon (Cepca) in the Djoungolo district in Yaoundé, in favor of nearly a hundred women from 8 associative movements of this Council. An initiative of More Women in Politics, a support network for women’s political participation.