The woman, a good manager 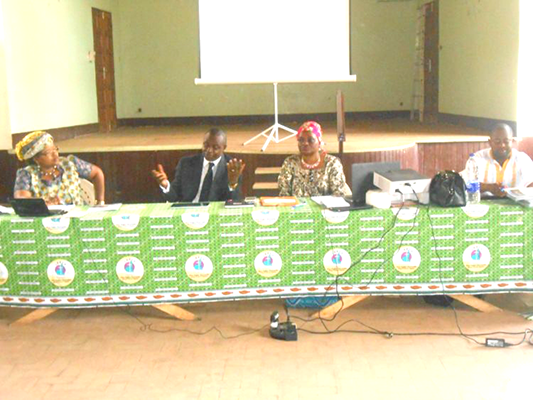 Economically, Kevin Demanou, member of More Women In Politics, indicated that women are considered to be good managers. According to the latter, to be able to establish themselves economically and to be autonomous, they must commit to formalize their income-generating activities and believe in the possibility of being successful businesswomen.

From a social point of view, the national coordinator of More Women in Politics, Pr Justine Diffo, invited the participants to rise up against certain scourges that undermine our society such as infanticides, ritual crimes, youth unemployment, wars, etc. Why Christian women as targets of this workshop? The reason is found in the Bible: “women are the first missionaries of the resurrection of Jesus Christ,” recalls Pr Justine Diffo.

At the end of this workshop, the participants are expected to be ambassadors of female leadership within the Protestant church in Cameroon. The project “Support for the massification of women’s political participation at the 2018 electoral deadlines” funded by the European Union consists of contributing to the improvement of Cameroonian democracy through the development of a democratic and civic culture among 500,000 women. A democracy that will promote a better expression of gender in public management in 20 municipalities located in 7 regions identified by the project. These are the Central, South, West, Far North, Littoral, North West and South West regions.