VISIT OF THE EXECUTIVE COMMITTEE OF CEPCA 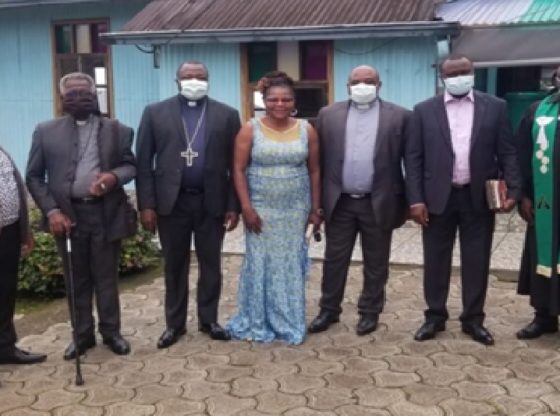 The Executive Bureau of the Council of Protestant Churches of Cameroon (CPCC) better known by its french acronym (CEPCA : Conseil des Eglises protestantes du Cameroun) has paid an official visit to the headquaters of the Presbyterian Church in Cameroon (PCC), at the Synod office Buea.

The visit which took place from Friday August 14, to Monday August 17,2020, was aimed at standing in solidarity with the PCC, in order to strengthen the church that has been severely hit by the Anglophone crisis in Cameroon. Most importantly, the CEPCA Executive met in a conclave on Monday August 17,2020 with some PCC Heads of Departments, to strengthen their various services and pave a way foward in such perilous times.